Humans are creatures of habits. Habits are the set of actions, behaviors, thoughts and ideas repeated over time and they are more or less stable in one person’s life. Throughout our lifetime we tend to ​adopt thousands of habits that gradually change according to the age and context in which we live. Habits by themselves have neither a positive nor a negative value; these values ​​can be attributed by the person himself who has a particular habit or by others who, directly or indirectly, have, so to speak, a part in the habit of the other.

Let’s try to give a brief definition of what we can call good and bad habits.

Good habits are those that improve our health and knowledge, our living standards. In short, everything that leads to an improvement in our condition in general.

Bad habits are those that worsen our health or do not enrich us, all those things and behaviours that aim to reward us with the least possible effort, that do not require commitment, and that in the long run become only a burden and a cost of time and money.

Let’s go a little more pratical. Habits are behaviours consolidated into routines, automatically executable scripts that start from a simple stimulus. E.g. You get up, go to the bathroom, brush your teeth, get coffee, car, work, lunch … So! Habit = Automation.

Defining and recognizing a habit sounds simple, but creating, changing or eliminating them? Well … much more complicated …

You can recognize that you are in automation when your mind is free to wander and think about something else … For example, on the way from home to work, has it ever happened to you to think freely about the email you have to send when you arrive at the office or about the tasks your children have to do in the afternoon and when you get in the parking lot you wonder how you got there? If you think about it, driving is not a “simple” thing, there are many variables: the steering wheel, the gears, the indicators, rear-view mirrors, various trajectories to follow, other cars that cross our path … Yet most of the time it is an almost completely automated action.

According to a study by Wendy Wood at the University of Southern California, nearly half of our days are made up of these automated scheduling. Habits are like softwares and when they get started the brain does everything by itself. But what triggers this script? The stimulus. Better to say the contextualized stimulus. A habit is something we do automatically in response to a spark in a particular context and situation.

But why? Because for hundreds of thousands of years we have explored the world in this way… when our ancestors hunted for food, found it, remembered where and how they found it, ate it and felt good and kept on doing it all over again. When something leads us to a reward we tend to repeat it. The brain is perfect for remembering behaviours according to the results. Stimulus – behavior – reward. It’s called the Reward System, the limbic system (also called the emotional brain) and the reward cycle that produces dopamine. Without going into too much detail, dopamine is a neurotransmitter that when produced by our brain makes us feel good and is therefore our reward.

As we repeat a behavior in our brain, a network of neurons connects. At first they are just weak connections, but each time we repeat the same behavior these connections are strengthened and become like electrical cables inside which electrical impulses propagate faster.

A habit is therefore a stable neuronal connection and a well-structured network … so changing it is a bit tricky, which is bad if it’s a bad habit that should be changed, but it’s good if it’s a good established habit that needs to be maintained. There is a trick confirmed by various researches. We have said that the behavior is automated and once it is triggered it is difficult to stop, but when is it triggered? With an external stimulus. So … by changing the spark, the automated program does not start and if it is not started the neuronal connection is no longer strengthened and gradually deteriorates.

So let’s see a strategy we can adopt in order to create a New Good Habit. First of all, let’s debunk the false myth of the 21 days. It is scientifically proven that creating a new habits takes time and the timing varies from person to person and can range from 18 to 254 days. The average is therefore around 66 days before a new behavior becomes automatic and a habit is formed. But the same research also shows that if you skip a few days, it doesn’t matter and the process is not compromised … YEAH! You just have to keep up with it patiently, taking small steps without overdoing it because otherwise you can get bored.

For each habit that you want to create, modify or cancel it’s useful to analyze the process. Stimulus, Behavior, Reward. Let’s see an example: Do we want to get out of bed healthier without tossing and turning and then wandering around the rooms like zombies or running like crazy because we got up late? Let’s say we want to replace the bad habit of snoozing with the one of getting out of bed as soon as the alarm goes off; let’s break down the process … in this case the stimulus is the sound of the alarm clock, the behavior is “snoozing” and the reward is sleeping for another 5 minutes … So let’s replace the stimulus: let’s change the melody to the alarm clock, let’s change the behavior: let’s put the phone on the other side of the room so that we can’t reach out and turn it off but have to actually get up from bed and walk, and finally we also replace the reward with a nice glass of water. So once you’re on your feet and re-hydrated, who makes you want to go back to bed?

Obviously it is nothing simple and effortless. It takes repetition, finding the motivation, knowing how to recognize the reward. But doing so, every day we will add strength and resistance to the neural connection that is forming.

The trick is to deceive our brain so that the old bad habit does not automatically start. In order to break the automatism we can act on every single phase of the process or all of them at once. Find your own way.

Last but not least there are some habits that are “Keystone Habits” because they help to improve others, for example physical activity and meditation and getting up early. Those habits will create a ripple effect. The more we are present here and now, the more we cognitively recognize our behavior, thus reducing its automation. On the other hand, when we are stressed, the Sympathetic Autonomous Nervous System “fight or flight” starts and the brain to save cognitive energy acts automatically and it is easy to fall back into harmful habits that give immediate satisfaction. 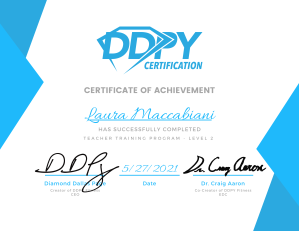